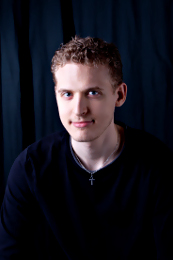 Will Hartzell-Baird graduated with a degree in Computer Science. Unfortunately, he made the mistake of asking what “MMORPG” stood for, and he was forcibly ejected from the Computer Science community. He then decided to attend law school to fill the void left in his life after he accidentally finished writing his first novel, despite four years of diligent stalling. He subsequently became the shame of his family for failing to incorporate any law-related humor into his book, and was forcibly ejected from the legal community.

Fortunately, the Software Industry reluctantly welcomed him back into the fold when he made a particularly arcane Doctor Who reference, and he now earns his living swearing at computer screens.